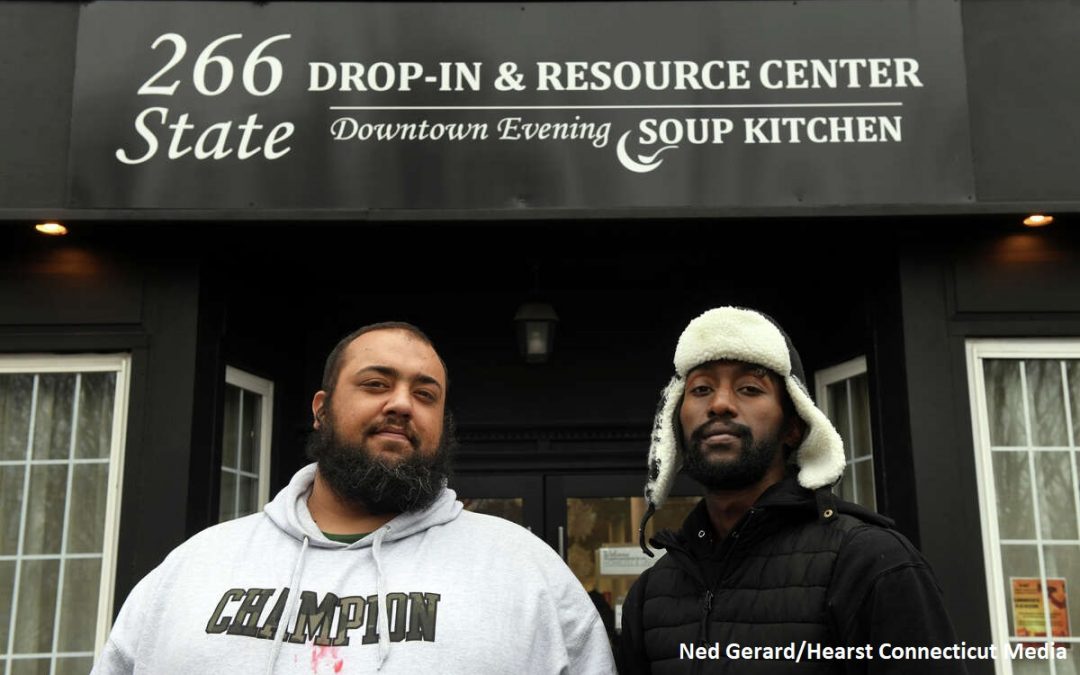 Unhoused people were in the local news this week in two separates articles.

Yesterday, Mark Zaretsky wrote in the New Haven Register about U-ACT (the Unhoused Activists Community Team).  U-ACT is an advocacy group composed primarily of people with lived experience.  The group meets in DESK’s Drop-in Center every Wednesday at 11:00 am, in meetings facilitated by Billy Bromage of the Yale/CMHC Program on Recovery & Community Health (PRCH), along with DESK’s own Program Manager, Evan Serio, who is doing their MSW internship with PRCH.  Read the full article to learn about the experiences of Tyrell Jackson and Keith Petrulis, U-ACT’s advocacy demands to the City, and the work they’re doing behind-the-scenes.

Today, Nora Grace-Flood wrote in the New Haven Independent about “Tent City,” an encampment along the West River that has grown in recent years to about 30 people.  The piece focuses on the experiences of Nestor, who immigrated from Columbia, as well as some of the community organizers and volunteers who have been helping people here, and the City’s response to this encampment specifically and the homelessness crisis in New Haven more generally.  Read the full article to get a sense of the struggles faced by the residents of this encampment.

Got some thoughts on either of these pieces?  Share your comments below! This is a very well-done, bite-sized piece on the mental health and homelessness crisis facing New York right now, and on the controversy surrounding Mayor Eric Adams’ call to expand involuntary hospitalization:

New Haven’s situation is analogous: an increase in homelessness driven by a lack of deeply affordable housing and insufficient, street-level mental health services.  Two critical aspects that were not included in this piece, and which affect both NYC and New Haven, is the co-occurring addiction and opioid crises, and the increase in evictions as a result of the higher rents caused by the housing shortage.